“The Carnival of Crazies”

“The Carnival of Crazies was organized every seventy-seven years on “BHABEL”, at the time of the passage of a group of comets, which they named “The Fingers of God”. On this occasion, Atlantians and human beings got together without any race distinction, to parade and celebrate the god BHÂL during seven days, in this city-state built in his honor…”

Eight, the figure of eternal resumption.
Eight paintings, as eight photos taken at the same moment and directed to the legendary Tower.
Eight windows opened on the past of the lost city-state of BHABEL.
Signifying a specific moment, a line drawn in the tragic history of the first terrestrial civilization of Atlantis.

Concept – Installation
My research for this pictorial series is to mix the genres, to link the ancient with the modern.
I created these paintings in the style of the Old Masters of the former provinces of the North, by dressing them in the blazing colors of the Italian paintings of the same period. For the exhibition, these paintings are placed on easels and exposed according to their orientation in relation to the Tower, represented by a central beam of light, in order to accentuate the relief of this city-state. (see joined plan) 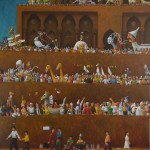 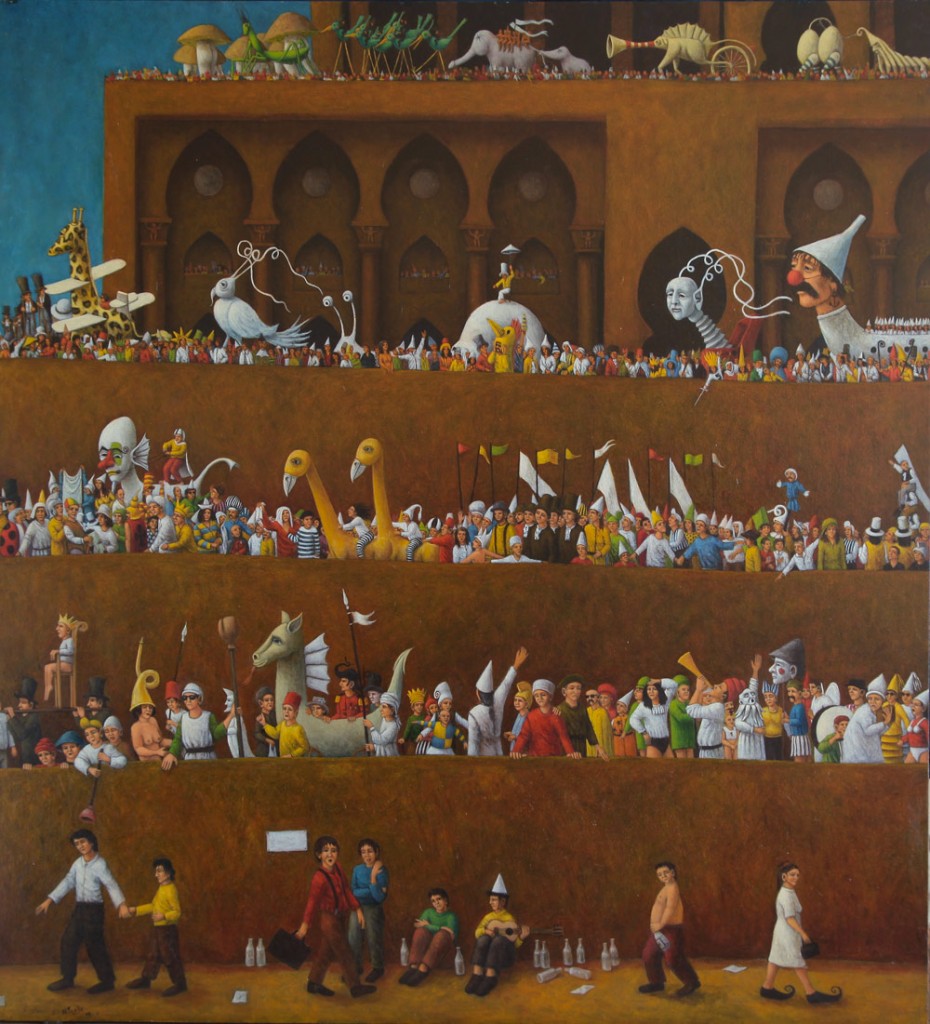 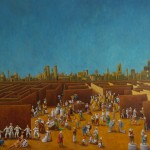 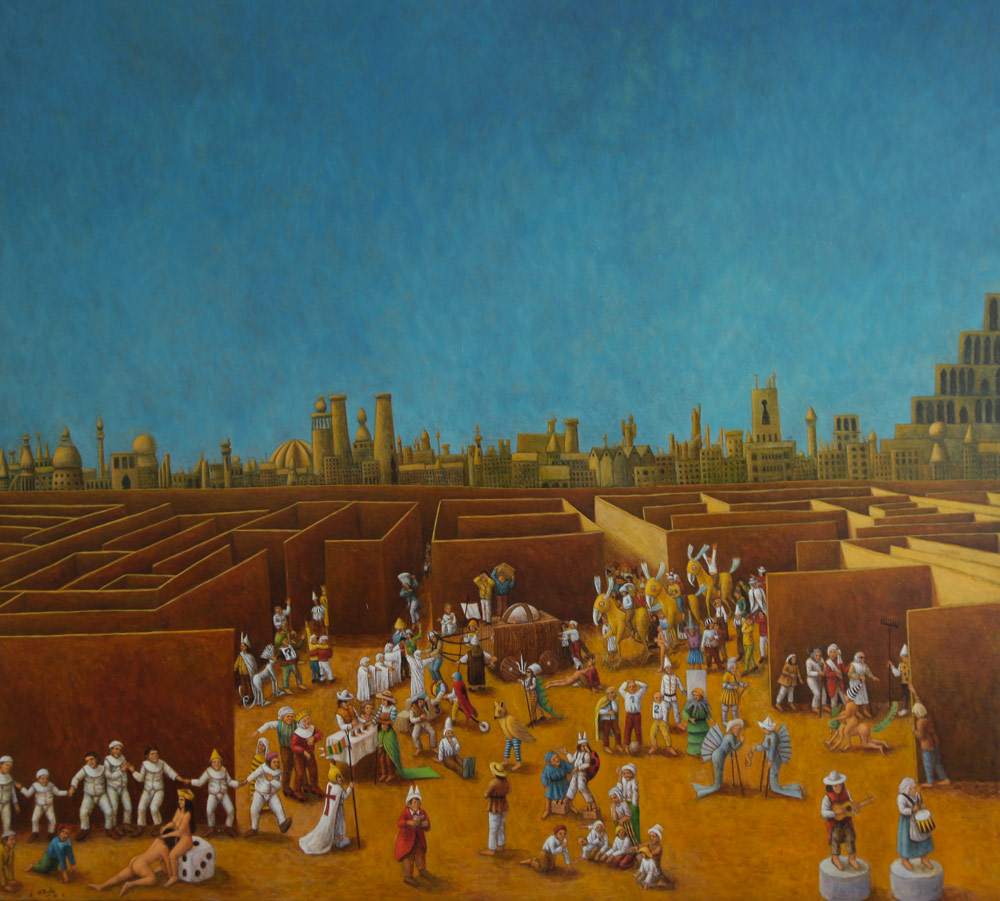 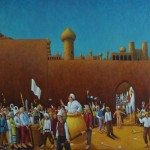 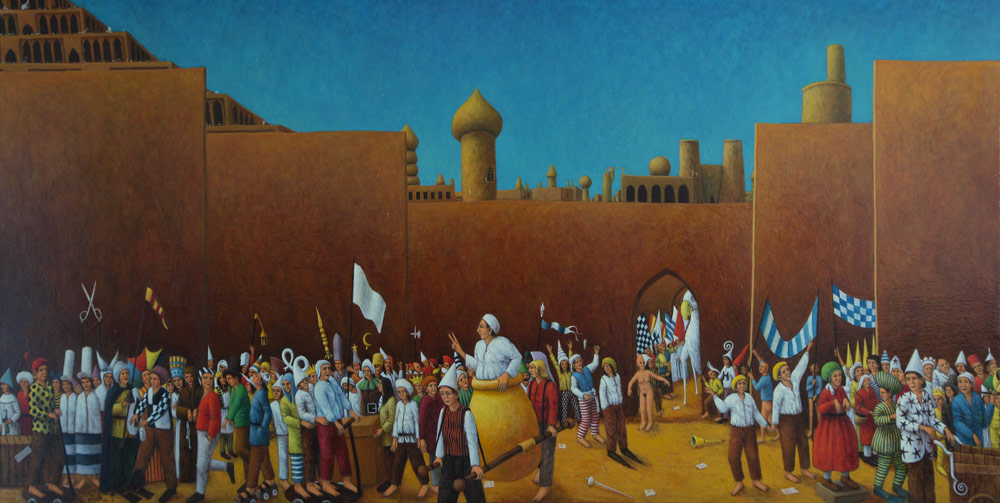 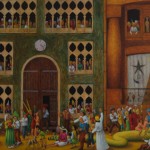 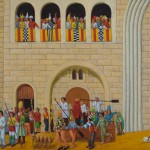 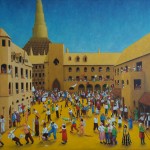 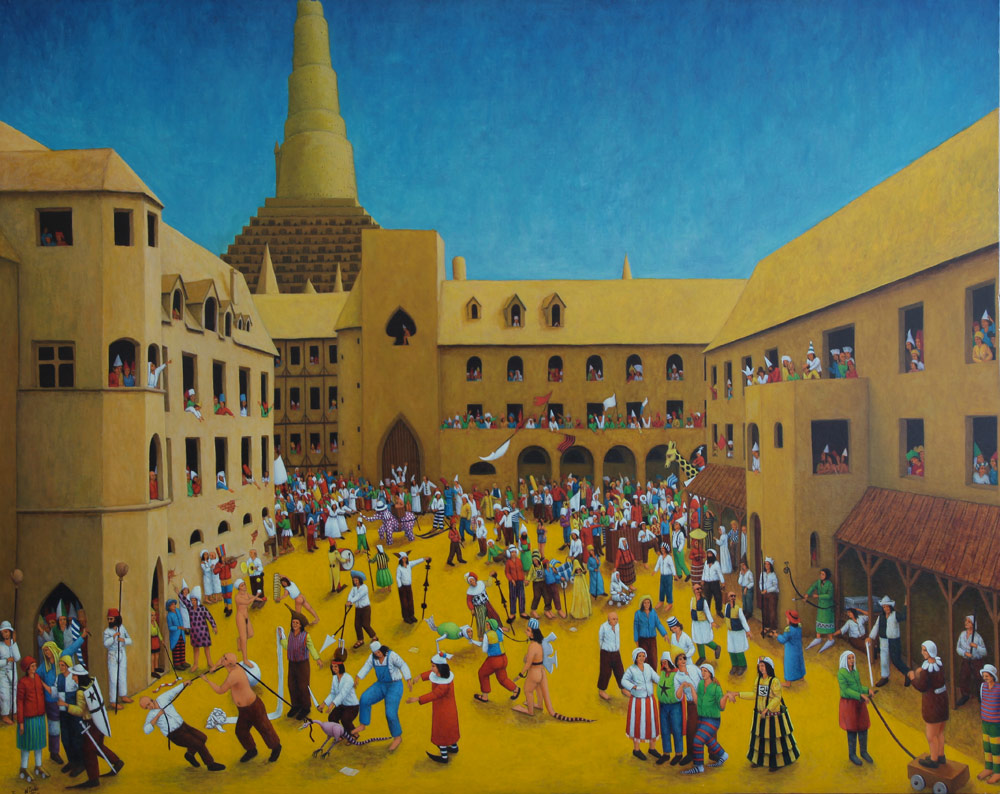 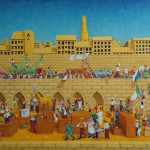 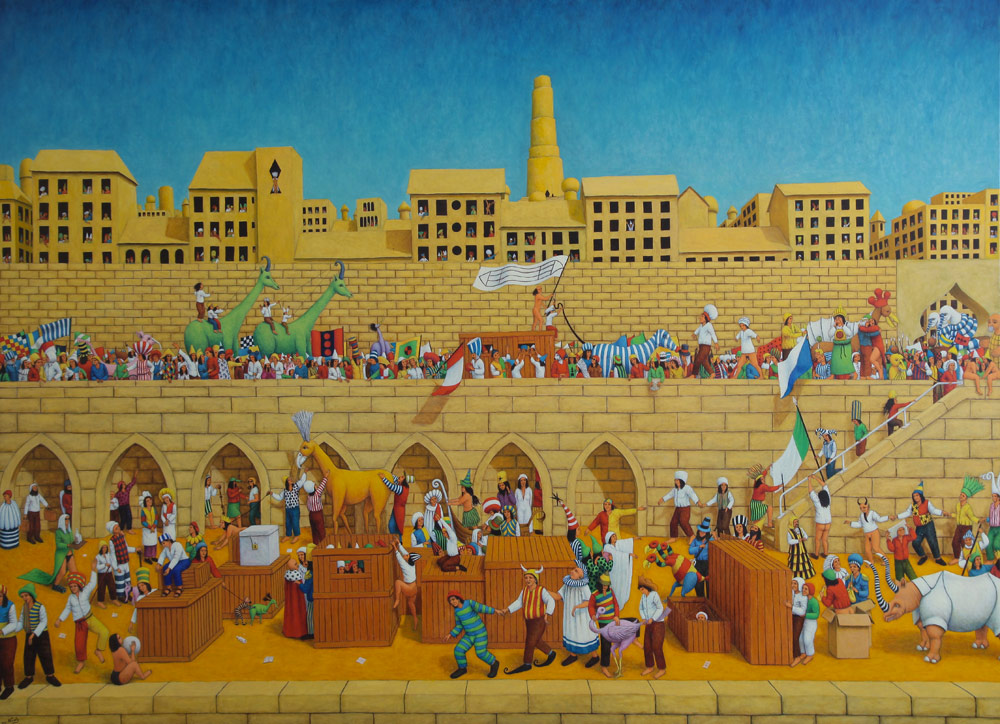 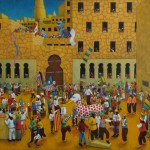 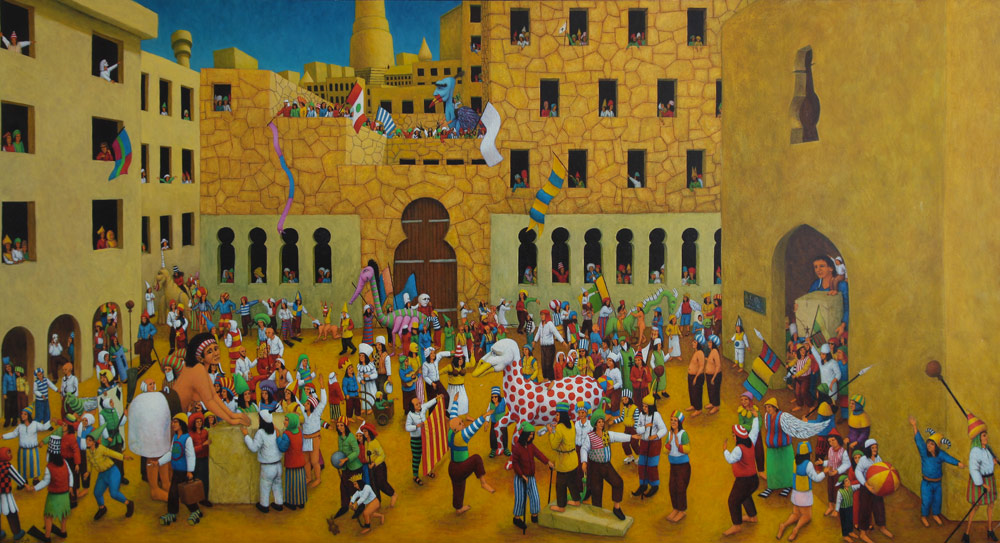 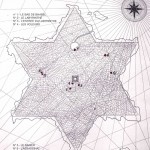 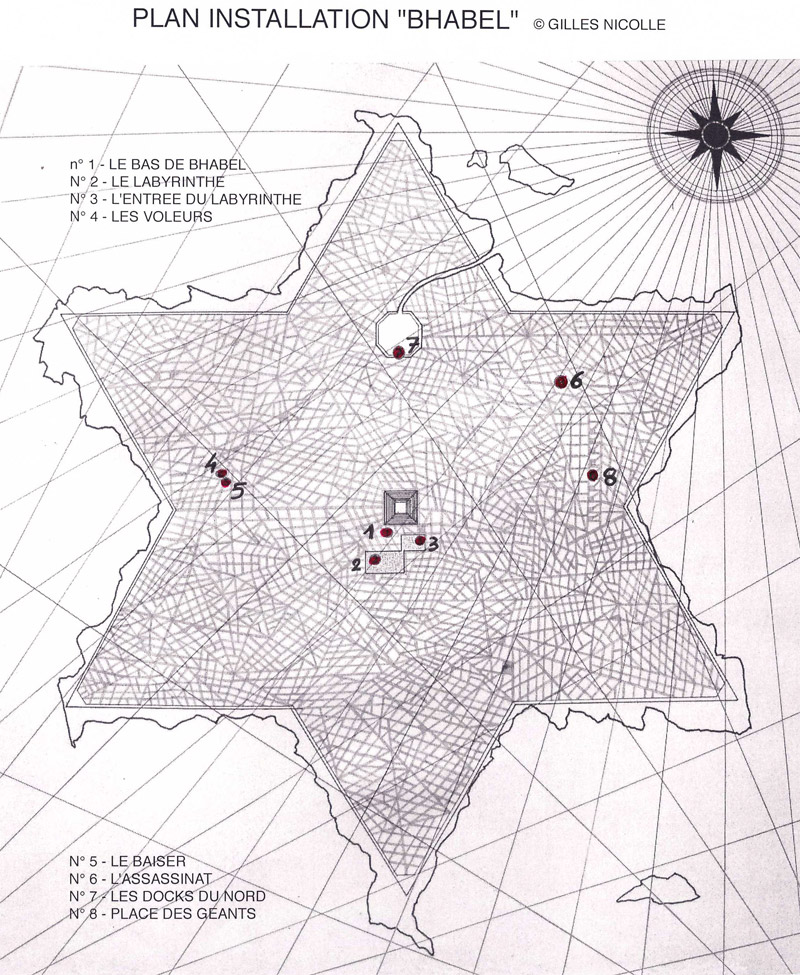